It is nearly a decade since the UK Government began to implement its Electricity Market Reform (EMR 1.0). Including major mechanisms such as Contracts for Difference (CfD) to support investment in low carbon generation and a new Capacity Market (CM) to ensure resource adequacy. These kickstarted the rapid decarbonisation of the GB electricity system and drove extraordinary innovation and cost reduction, especially in offshore wind.

While the EMR 1.0 policies have been successful in transforming the cost of renewables, the context has changed in important ways since they were first introduced, including:

As part of the project, we worked alongside AFRY to:

There are five key challenges for a net zero electricity system, that place efforts to develop EMR 2.0 in a very different context to that which existed a decade ago. 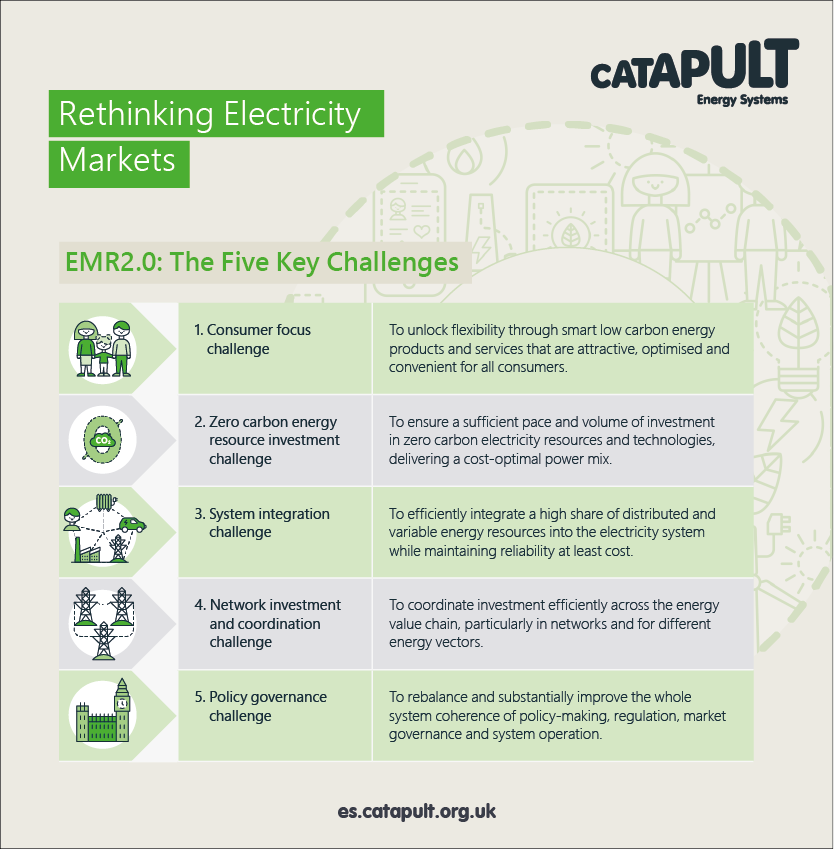 The key risks of continuing to rely on EMR 1.0 policies and failing to introduce more fundamental market reforms include: 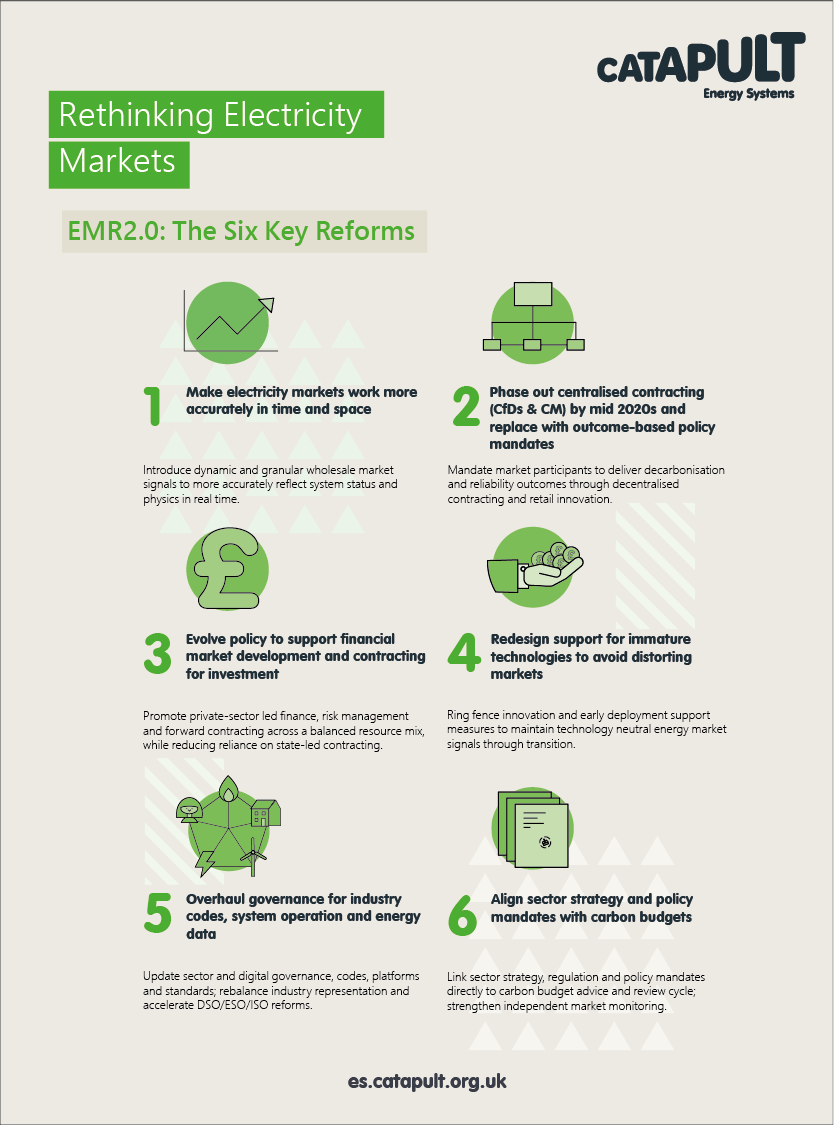